Let’s keep it real. There are way too many different screen recording programs floating around the internet.

Please! Can we narrow things down to the best screen recorders for Windows 10?

For all of the developers and testers needing to report bugs, clients who need to send visual feedback to designers, and those who need to create video tutorials and communicate your ideas to your team or managers. This list is for you! 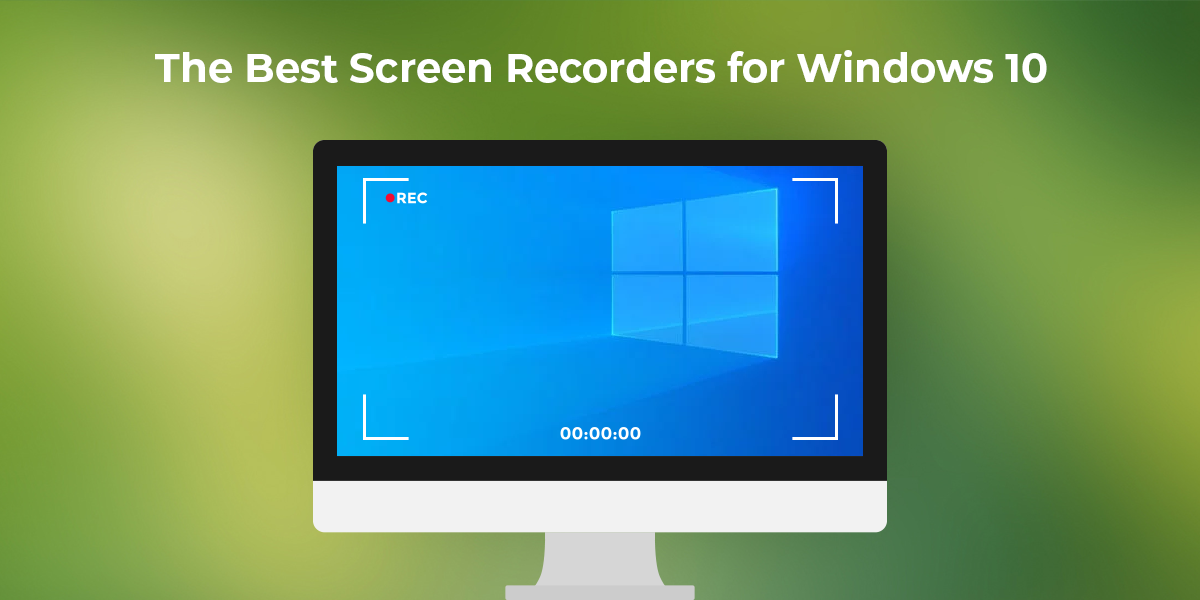 Here is a list of the top 10 video screen capture software.

ScreenRec is one of the easiest video screen capture tools, especially when you need to quickly and securely take a screenshots or do a screen recording with audio on Windows 10. You only need to remember one keyboard shortcut (Alt – S)

There’s no need to waste time uploading to sites because, with ScreenRec, your screen videos and screenshots are automatically uploaded to the cloud. When you’re done recording your screen on Windows 10, just press the Stop button and you’ll instantly get a private sharing link. All of this is completely free. Plus, you get 2GB of free storage.

If you’re on Windows 10, you can open the Game Bar or “Windows Game Recorder” by pressing [Windows] + [Alt] + [R] and adjust its settings from the Xbox app. Unfortunately, there are a lot of complaints about this screen recorder. From lagging to reported bugs and low quality, to the inability to record in full screen, there’s a lot to dislike.

But, before we knock it too much, let’s keep in mind that there really is a recording tool on your computer, waiting to be used to record a Windows 10 screen. It may not be the greatest, but if you want to capture simple screen activities and don’t need a high-quality video, the Game Recorder will do just fine. 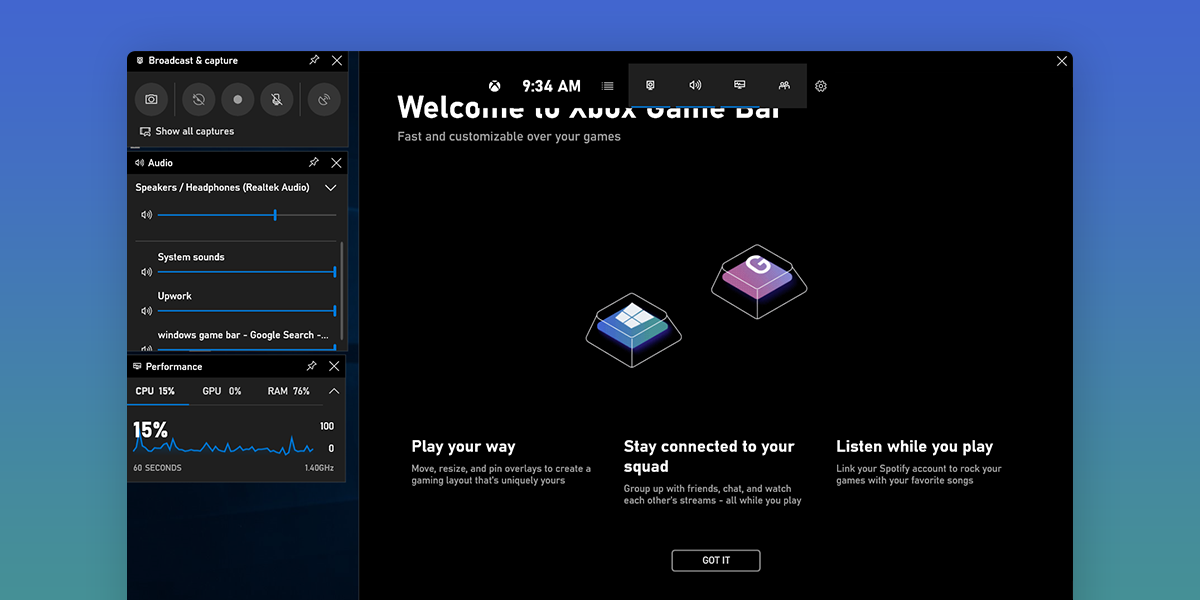 Speaking of this, long lists seem to be their major drawback for this screen recorder. The menu is quite extensive and, while that may seem like a good thing, some of the options might be overwhelming. We suppose that not too many people looking to use a screen video recorder for Windows 10 will use the hash check, DNS changer, monitor test, or the many many windows that lead to other things. To each his own, we guess. 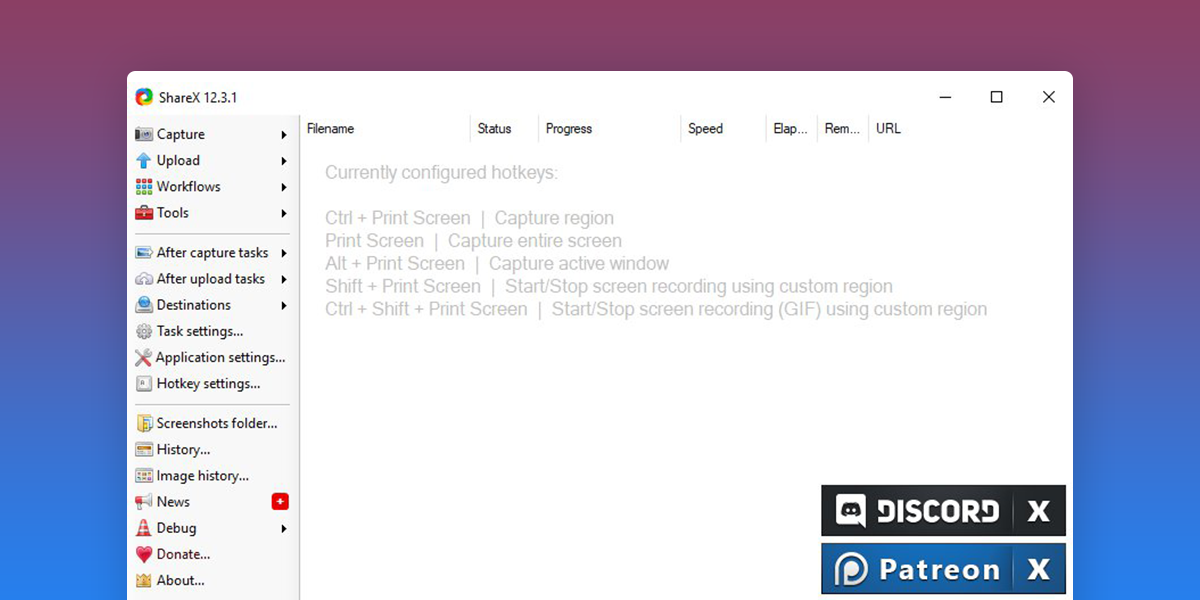 When talking about Screencast-O-Matic, we need to break it down into two categories; free and paid. Why? Because there is a HUGE difference between the two. Advertised as a free screen recorder, the Screencast-O-Matic does a great job recording video of your computer screen and can even capture your webcam. That’s pretty much where the features end with the free version. If you’re willing to toss in a bit of cash, your options open wide to scripted recordings, annotations, more than 15 minutes of recording, direct publishing to sharing sites, and more. 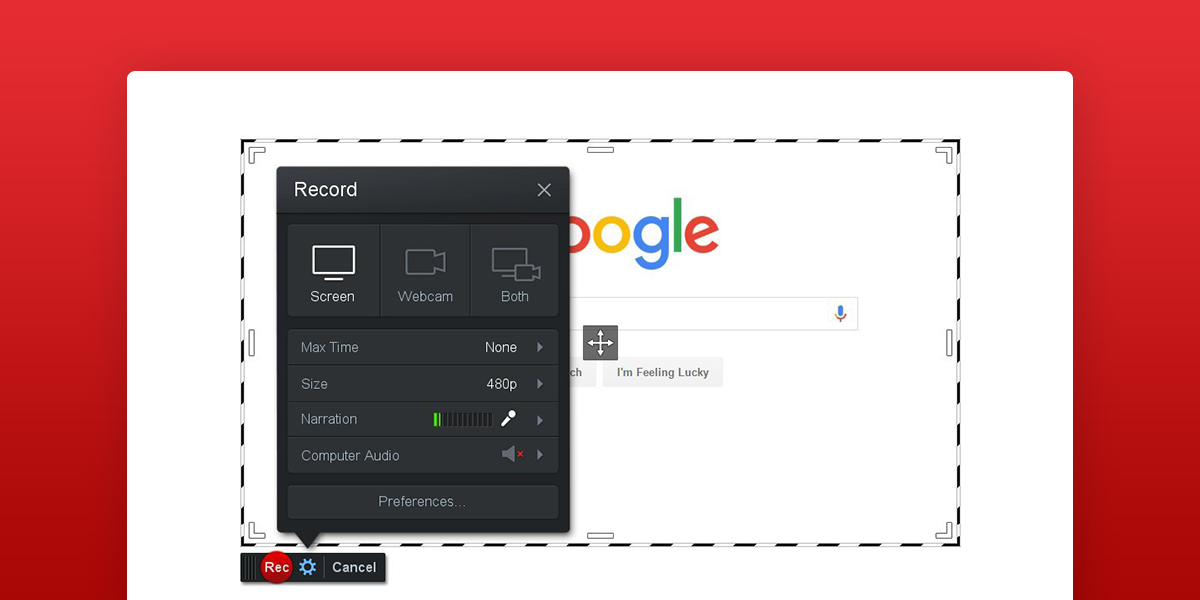 Biggest Pro: Can record via webcam

iSpring’s Free Cam is about as straightforward as they come when it comes to capturing video. This app is very simple and, dare we say, basic. There isn’t much going on here except for the fact that you can edit your videos (cut, trim, etc.) and record audio and video. Uploading is a pain, however. You’re forced to either upload to YouTube or save the file as WMV. This is convenient if it’s what you want. Otherwise, you’ll need to spend the time to upload your videos manually to sites or attach them to emails and we all know how long it takes to upload video files (Forever!). 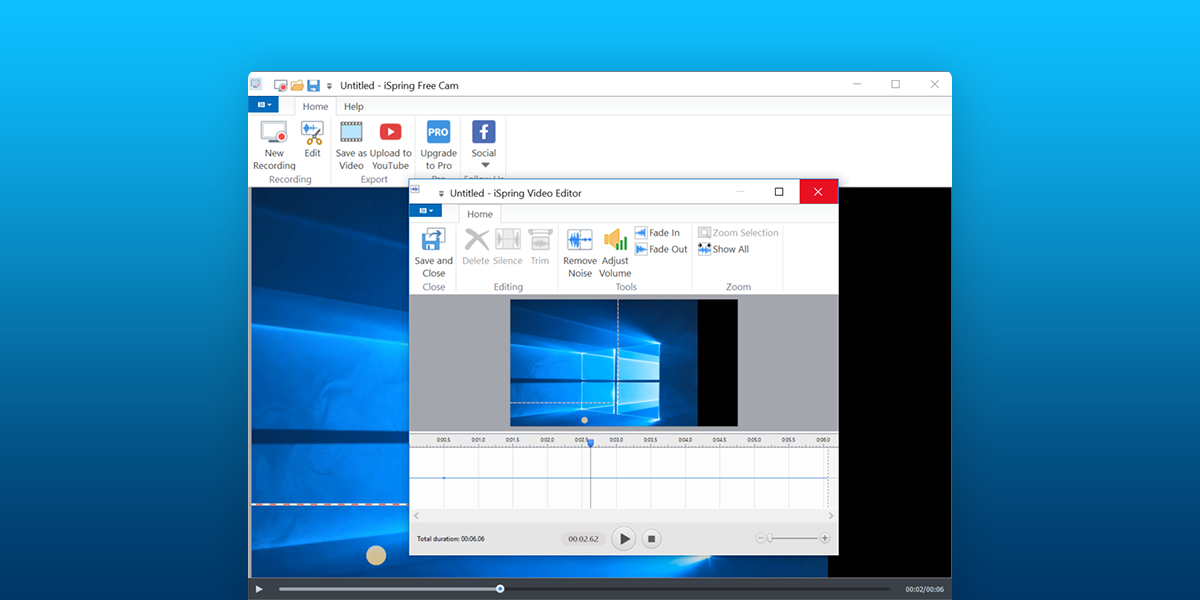 Icecream Screen Recorder is one of the top screen recorders available for free. They have a PRO version, but there’s quite a bit you can do for free—from recording to snapshotting and annotating. The only issue is that you only have 10 minutes of free recording time. If you’re looking to create a tutorial, forget using Icecream. You’ll need more screen video recording time. 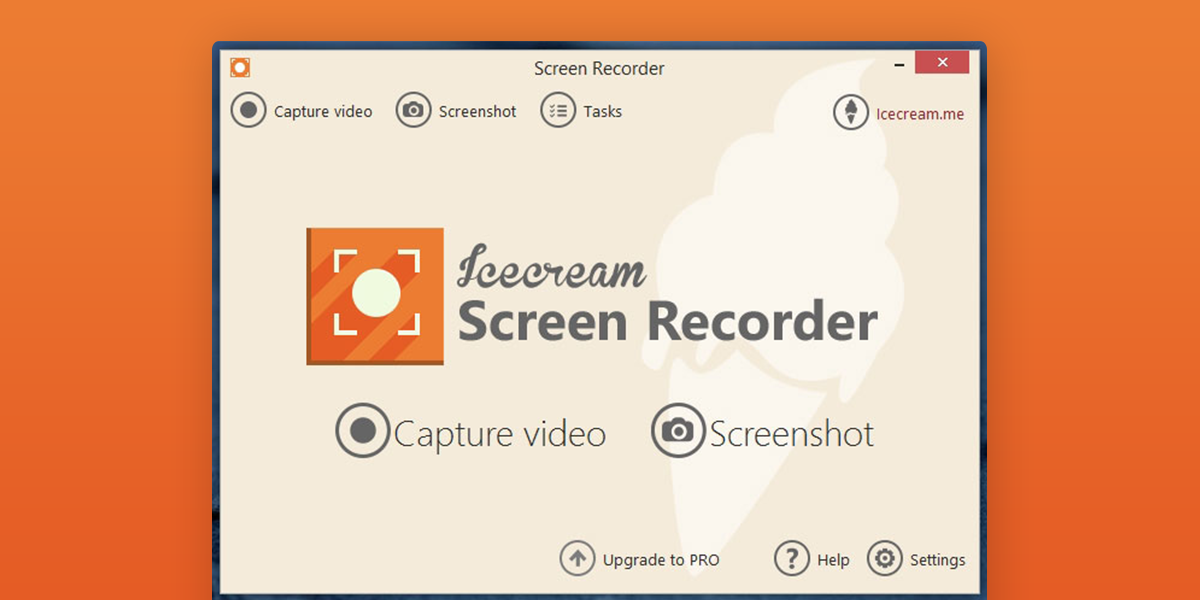 Biggest Con: Only 10 minutes of recording

The one thing about the free open-source OBS Studio is that it is most definitely for the pros. This powerful screen capture software provides users with extensive recording features and editing options for videos and screenshots. You can, for example, add picture-in-picture effects and capture your webcam. Requiring the climb of a very steep learning curve, OBS is without a doubt the most sophisticated program on this list. So, it’s probably not the best choice if you want to start recording your screen now.

Oddly enough, GoPlay’s greatest feature is also its greatest weakness. What makes it stand out as one of the best free screen recorders for Windows 10 is what also makes it a tad bit frustrating. Being able to quickly edit your recordings is awesome, but for this screen capture software to consider itself an editor and not a recorder, it should have more editing options. Splicing and trimming are nice and all, but a full-blown editor should have music options, lighting features, and even basic transitioning capabilities. 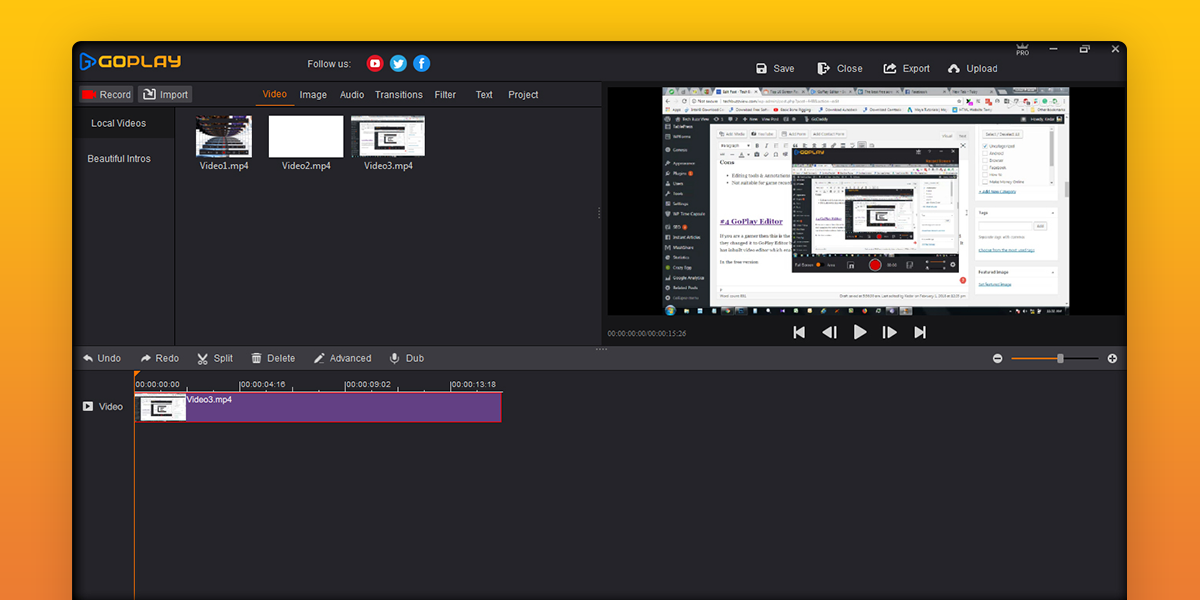 The Atomi ActivePresenter is an e-learning tool that can be used to create tutorial videos, screencasts or online quizzes. With a layout very similar to PowerPoint, it doesn’t take much to understand how it works. Once you’ve downloaded and installed the app, you can revel in the multiple editing features. The only downside is that you can’t seem to get rid of the watermark (unless you’re willing to pay a nice chunk of change for the upgrade). 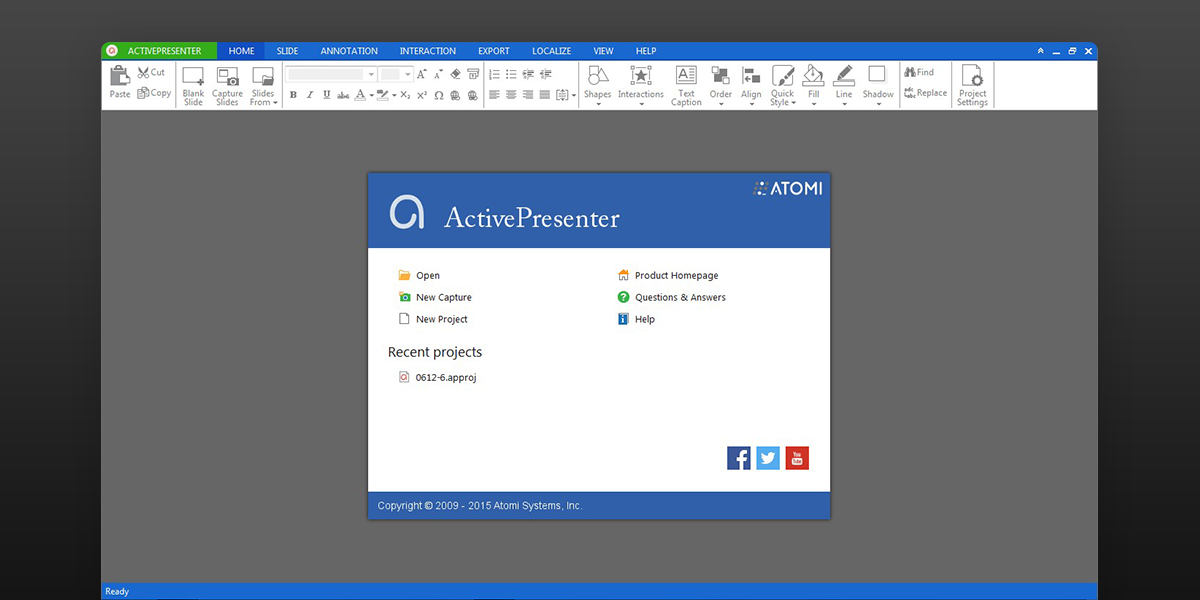 Showmore is a simple free screen recording software for Windows 10 that allows you to edit your video without a ton of bells and whistles. The only issue is that, if you have no internet access, you can’t record. This app works online and that is less than ideal, especially if you are creating private videos for a company. 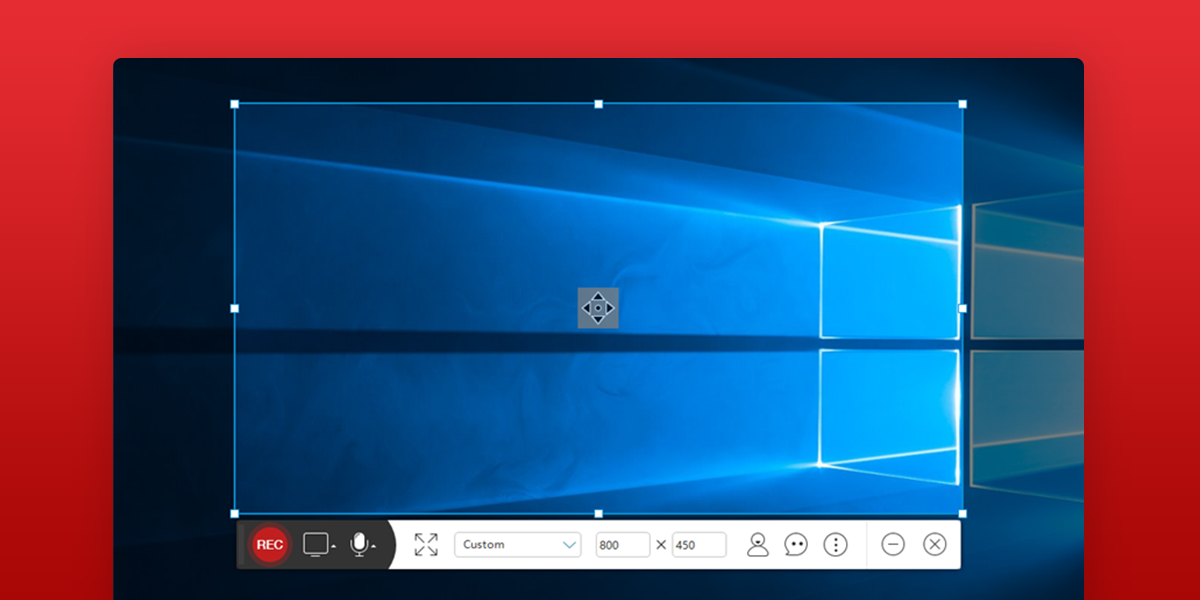 Designed specifically for saving time, Ezvid does its best to allow for every action to be done right within the app. No need to download secondary programs to record, edit or upload. With instantaneous uploading to YouTube plus the ability to add music, Ezvid truly ups the convenience factor and becomes a contender for the best screen recording software for Windows 10. The issue? The program itself isn’t sophisticated enough to run these awesome capabilities without hitting a few snags like lagging and crashing. 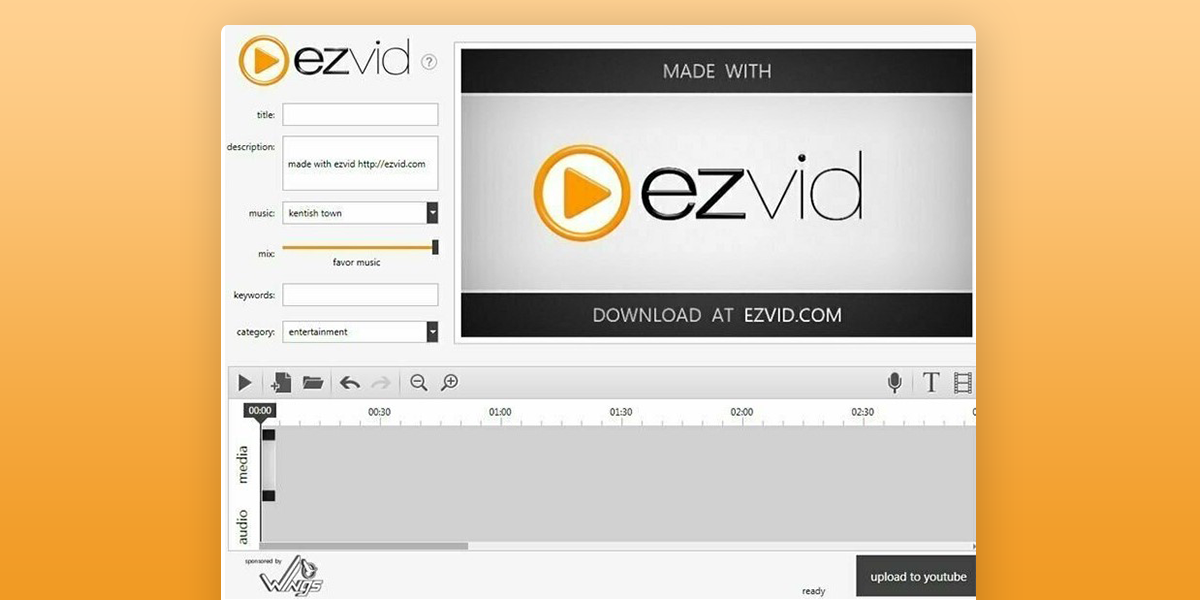 Biggest Pro: Upload directly to Youtube from the app

Biggest Con: User complaints and concerns about bugs and lags

Free Screen Recorders for Windows 10 At A Glance

So, What is the Best Screen Recorder for Windows?

We’ll leave this up to you. However, we feel that ScreenRec takes the cake for the best screen video capture software for Windows 10. Here’s why we make this bold statement: ScreenRec gives you everything you need in a screen recorder without being too complex or too simple. With it, you can grab a screenshot or a video, add annotations and send in a matter of seconds. The 2Gb of free cloud storage is also a rare bonus. If you’re looking for a free and easy but powerful screen recorder, then download ScreenRec and put it to the test.