So, you’re on your desktop and you find yourself needing to do a quick screengrab. What do you do? Do you just buy Snagit because the internet has been force-feeding it to you for years? Or do you roll up your sleeves and decide to look for a free alternative to Snagit?

Snagit is a program that works as a screen recorder with an image screen capturing tool, a snipping tool, and video/audio recording capabilities. Here’s the thing, though, there are so many other programs like Snagit that are free, and, dare we say, even better.

Is there a free version of Snagit?

Let’s get this out of the way now; no, THERE IS NO FREE VERSION OF SNAGIT.

Why you have to pay for a tool so simple as screen capture is beyond our understanding, but Snagit only comes in a premium package.

Snagit Alternatives at a Glance

The best free alternatives to Snagit

Screenrec is a powerful alternative to Snagit for Windows (Lastest Windows 10, 8, 7 are supported), Linux and Mac. It is both screenshot capture tool and screen recording software . Powered by StreamingVideoProvider , Screenrec uses a sophisticated algorithm to upload your recording to the cloud in real time. So, as soon as you finish recording, you instantly get a shareable link.

The interface is mind-blowingly simple. Capturing screencasts or screenshots is as easy as opening the app, selecting your capture area, and pressing a button. It comes with a very simple but yet powerful screenshot annotation tool and lets you add comments, draw rectangles and arrows or add text.

You have the option of recording audio from a mic or your system, or both. Yes, both! That, plus the ability to record unlimited videos for free, makes Screenrec the best free alternative to Snagit.

TuneFab Screen Recorder is also a great Snagit alternative that is perfectly compatible with Windows and Mac systems. It provides 4 different modes to capture any screen activity easily, including the video recorder, audio recorder, webcam recorder, and screen capture function. You can flexibly record any type of content revealed on the desktop screens. It supports common video/audio formats such as MP4, MOV, AVI, GIF, MP3, M4A, AAC, and more.

Besides the basic screen recording functions, some advanced functions are offered. For example, its real-time editing panel makes it convenient to draw and add notes while recording. Before saving a recording, you can also trim or cut some unnecessary parts or adjust the sound volume to create a satisfying screen recording.

When the recording task is completed, you will also have a shortcut to upload and share the recorded content to popular social media platforms. And the greatest part is that the video recording doesn't even come with a watermark!

For first-time users, the free version can only support recording video within 3 minutes, but its screen capture feature doesn’t have any limits.

The Windows snipping tool is a PC screenshot tool that is included in Windows Vista and later by default. It simply takes a “photo” of the screen. Whether it’s an open window, rectangular area, free-form area or the entire full screen itself, the snipping tool makes it easy.

When you have a snip, you can add annotation or edit the image.

Now, you might be thinking, “How is it free if it comes with Windows?” Yes, technically you have to buy Windows , but since you don’t have to purchase the screenshot tool separately, we’ll say it’s free.

So, if you want to capture the contents of the screen and don’t want to pay 50 bucks for something so basic, the Windows Snipping Tool works as a viable alternative to Snagit. But, if you need to record a video of your screen, you’re out of luck.

The Snipping Tool is a simple screenshot utility built into Windows

Greenshot is a free and open source screen-capture tool that can serve as a Snagit free alternative for Windows 7. It is quite unfortunate that Greenshot is only compatible with Windows, but hey, it’s free, so we can’t judge.

Greenshot is a fairly simple program that gives you all you need when capturing screenshots. It is very lightweight and refrains from making you climb a steep learning curve.

We are lazy. Give us something that we can understand in five minutes. That’s what Greenshot does and it makes us happy.

Lightshot is yet another free software like Snagit (well, besides the ‘free’ part obviously). Lightshot, available in Google Chrome Web Store , is a browser extension app that not only allows you to easily take a screenshot, but allows you to upload it to the server and creates a short link, similar to Screenrec .

With Lightshot, you can also search for images similar to the one you captured. We’re not exactly sure what the point of that is, but it’s cool nonetheless. Either way, Lightshot is still a free Snagit alternative worth downloading for Chrome users.

It is worth mentioning, however, that these plugins often cause lagging.

Jing is an interesting alternative to Snagit in that they were both created and released by TechSmith . With both a free and premium version, Jing allowed you to record audio and video then upload directly to the internet automatically creating a shareable link.

You’ve probably noticed that we used the term “allowed”, in the past tense. That is because Jing is no longer available for video capture and has been replaced with Snagit.

But before you begin shouting at us, you should know that Jing can still be used for simple image capturing and, yes, it is still free. It may have lost a capability or two, but it’s still a Snagit alternative.

Jing is another screenshot utility by Techsmith (the creators of Snagit)

We’re going to keep this one as simple as the app itself. PicPick is an easy screen capture tool that allows you to extensively edit the image you’ve captured. With cool graphics accessories like a color picker, pixel ruler, and color palette, there are hundreds of ways to edit and design anything on your screen.

Their free version excludes you from automatic updates and tech support (which we found quite rude) but it’s not a bad alternative to Snagit for Windows. You certainly won’t be displeased… unless you end up needing support, then yes, you are on your own.

PickPick captures screenshots and lets you edit them

TinyTake is in the same realm as Screenrec in that it allows for video and image capture for free. Yet, unlike Screenrec, you can only record up to 5 minutes of video.

You have the ability to add text to your recording and share it online. It’s fairly easy to use with a simple interface and easy to understand options.

Sadly, it is only available for Windows. So, all you Mac and Linux users, we apologize on their behalf. Yet, we can’t be too hard on TinyTake. There aren’t too many free Snagit alternatives for windows that can record video along with images.

Screenpresso sounds like an app that’s exclusive to coffee shop owners, but don’t worry, it’s available to anyone. Adding to our list of image and video captures for free, Screenpresso fits snuggly among the elites.

Simple, easy to use, minimal interface, immediate sharing. You know the drill. The recurring issue, however: it is only available for Windows. It is still a sweeter option than the $50 Snagit.

Hey, Ubuntu /Linux users! Have we got an app for you! Shutter swings in to attempt to help you capture your computer screen. If you’re looking for a simple Linux screenshot tool , this could be it.

Video capture is not available, but they make up for this flaw with fairly decent editing features and available plugins for cool effects. It is without a doubt worth a shot for Ubuntu loyalists that don’t need to record screen video.

Shutter is an image screen capturing tool for Linux/Ubuntu

This Windows-only screen tool doesn’t just give Snagit a run for its money, it’s also a direct competitor of the Windows Snipping Tool, and it seems to be doing a fine job of it. Share X is a busy little app that seems to jam-pack tons of features into a single desktop app.

There are dozens of editing features including a color picker, image splitter, image combiner, and of course your basics like annotation and blur effects. You can even upload your screen grabs to over one dozen sites. There are just so many features and so many options, does anyone else have decision fatigue?

For you gamers out there, you don’t have to rely on an app that is best suited for enterprises. For you, there’s a not-so-little app called Steam . Steam is an easy to use screen recorder, live stream app, and screenshot tool.

While in gameplay, you can simply press F12 on Windows or Option+fn+F12 on Mac to capture an in-game screenshot. After the screenshot is automatically saved to the Steam cloud, you can edit it with basic annotation features and upload it to Steam or share it on Facebook.

But it’s what you can do with your captures that makes SnapDraw a better free alternative to SnagIt. You can turn any of your images into 3D. It can also capture transparency/translucency. If that weren’t enough, you can also arrange and manipulate screenshots and set background colors or images.

What is the best Snagit alternative?

We’ll leave that decision up to you. Each program offers unique features and tools, but in our opinion, Screenrec takes the cake. It is the only tool that runs on most operating systems such as Windows, Linux and Mac, captures images as well as it works as a video recorder and offers instant sharing. Screenrec is a triple threat that no other free screen capture tool has been able to match.

In all, Snagit hurts our brains and our wallets. It doesn’t offer nearly enough features or capabilities to not be free. With 9 proven top snagit alternatives, you have plenty of options though. We hope this breakdown has been helpful and you will find here the right tool for your needs.

Yes. Go to the Video tab and select the option that best fits your use case. You can capture your desktop with the cursor and include your webcam (face cam) if you want.

Yes, you can record the computer audio. Go to the Video tab and switch on 'Record System Audio'.

Get updates on new articles, webinars and other opportunities:

💪Top 9 Awesome Snipping Tools for Linux That Are Worth It

How To Send A Screenshot Instantly On Win, Mac & Linux

🏆7 Best Free Windows 10 Screenshot Tools You Have To Try

How To Take A Screenshot On ASUS Laptop (Easiest Way)

How To Screenshot On PC, Edit And Add Annotations 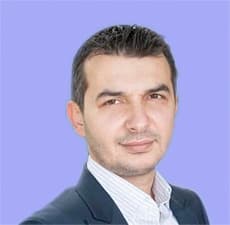